We visited the W Hotel in Fort Lauderdale at the end of January for a long weekend. The hotel recently underwent a $60 million renovation, and you can tell: The lobby is swanky, there’s a new sushi bar on the lobby level (as well as a bar with snacks), and there was a huge difference between the pool on the west side (which had not yet been renovated when we were there) and the larger pool on the east side (which was still undergoing renovations but was mostly complete). 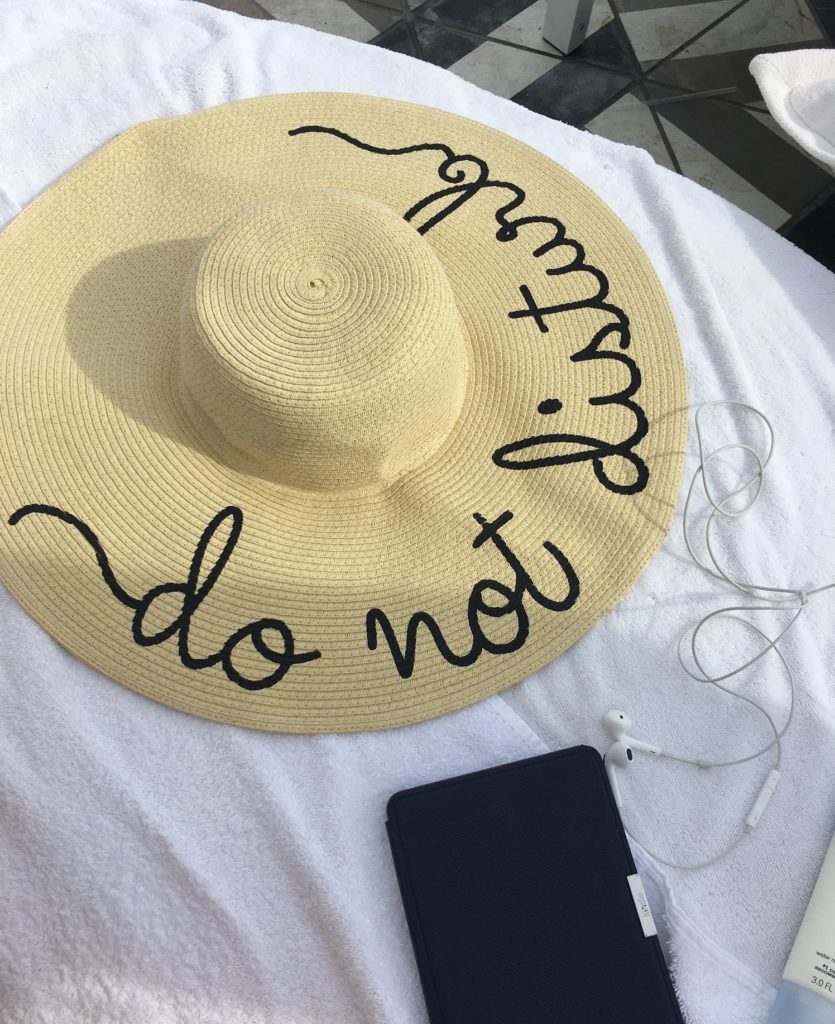 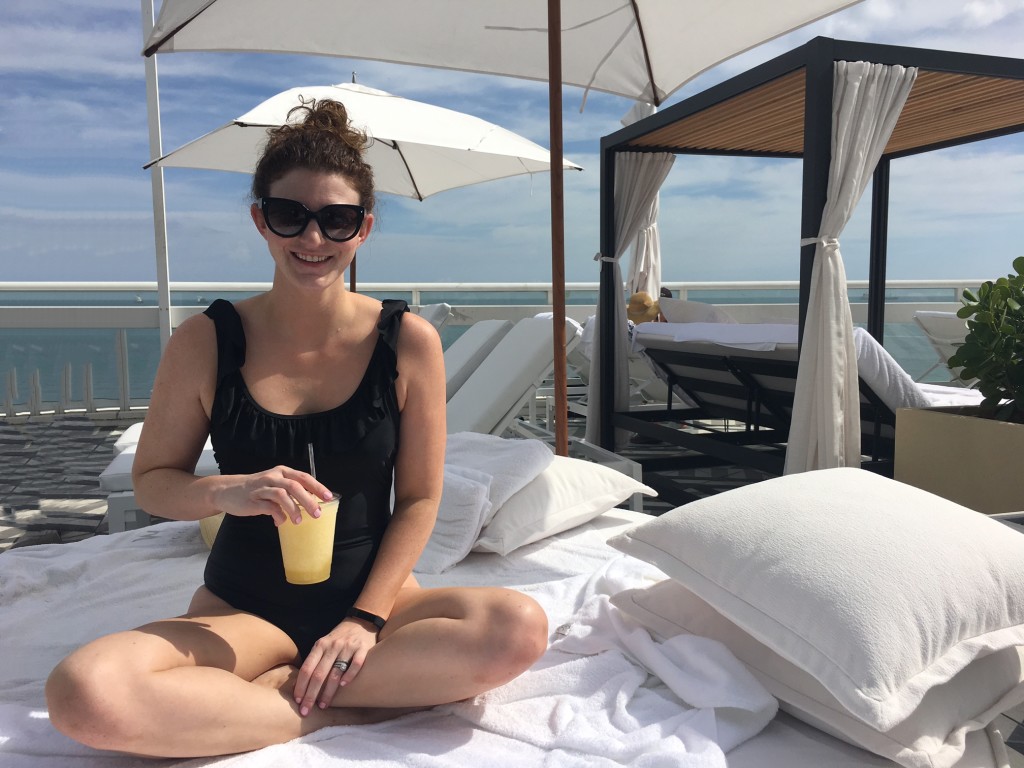 And I’m obsessed with this ruffle swimsuit! 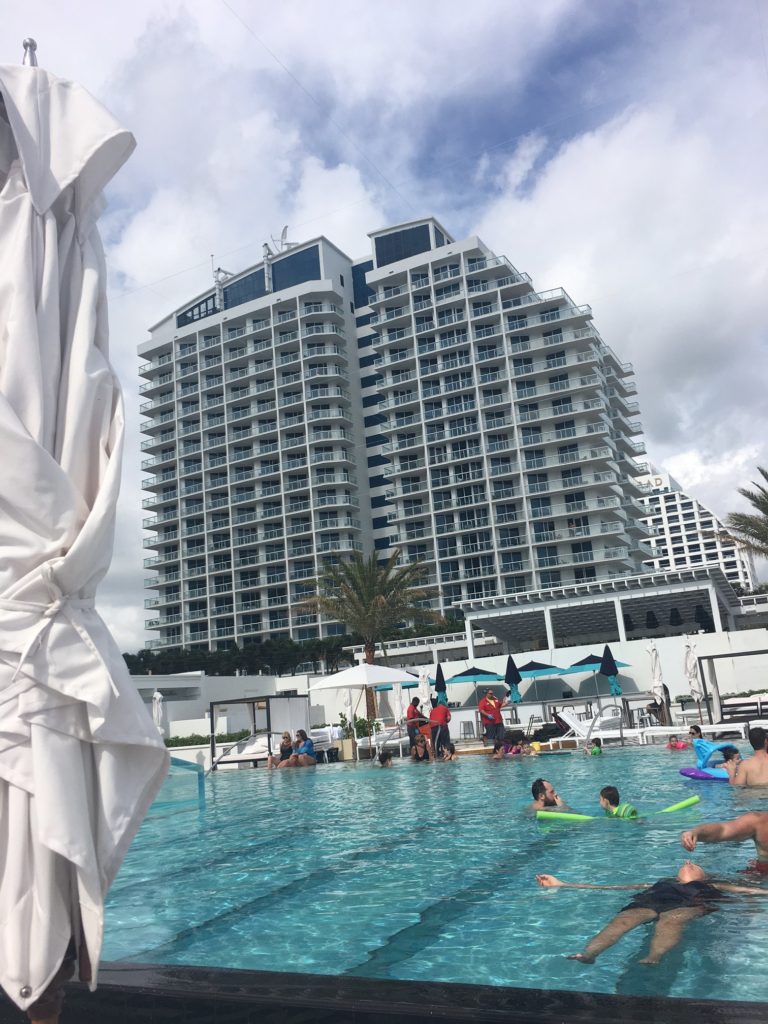 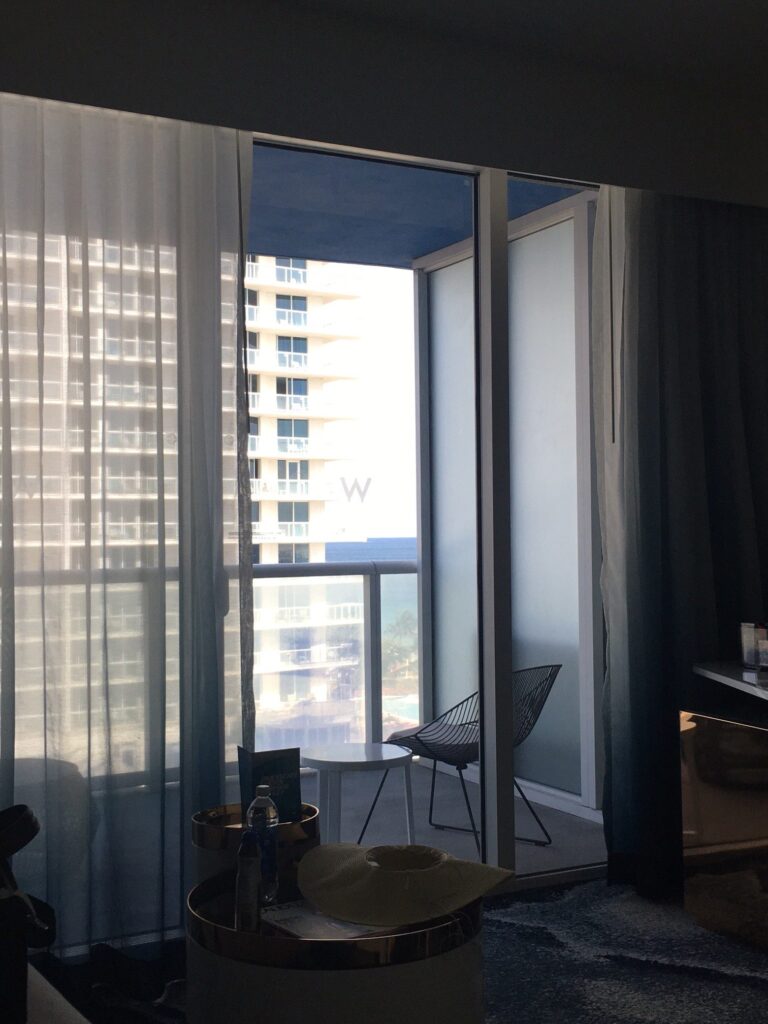 I don’t know what it is about the times we choose to go to Fort Lauderdale, but there are always a million families with loud kids. (I’m not opposed to being around children, but I am not a fan of being splashed!) It does seem quieter on the beach than it is at the pool. There are a ton of different types of chairs around the pool. I liked being able to pick a daybed or just a lounge chair.

Ask for a room that’s on the sunny side of the building during the day! Our room was in the shade all day. Not a big deal if you’re never in your room, but it would have been nice to sit on our little balcony in the sun! Like I said, one of the cons of the rooms is that the bathroom is a weird setup. If you’re traveling with a group of girls, this might not be the place to stay. Totally fine with a significant other, but otherwise it might be kind of awkward! 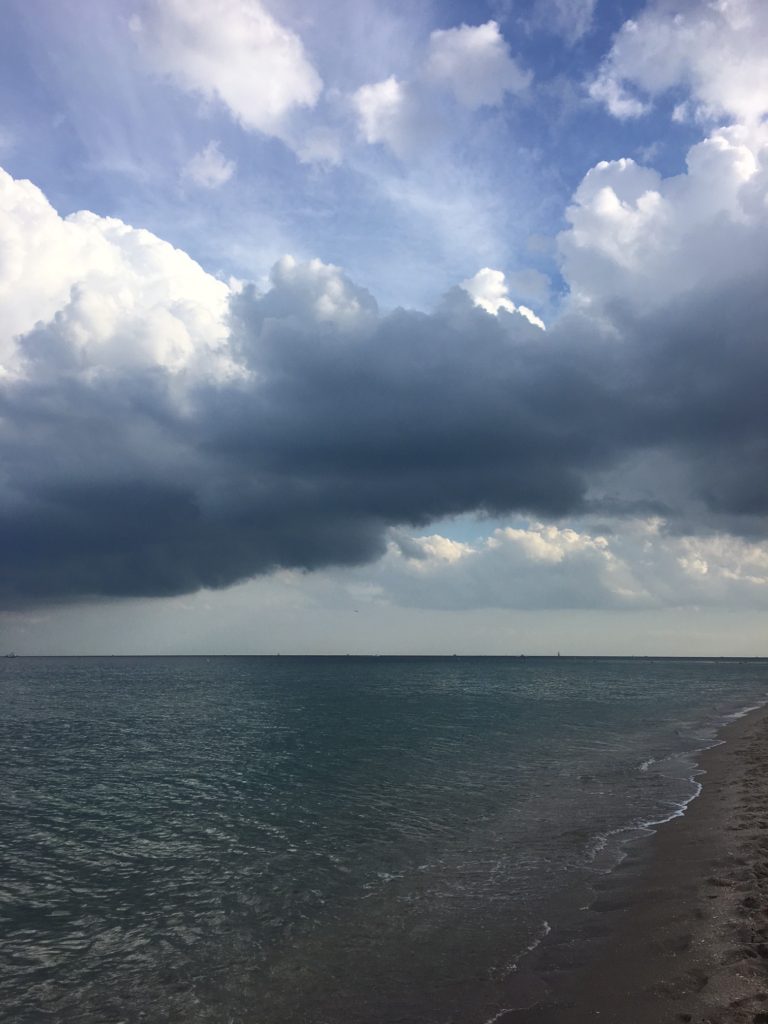 Unfortunately, we had a storm roll in one day and that left us running from the beach, but at least I got a cool picture!

Overall, I think I would try another hotel first before coming back to the W, since there are so many in the area!