There are so many books and articles that tell you how magical the first trimester is. And honestly, they’re all bullshit. 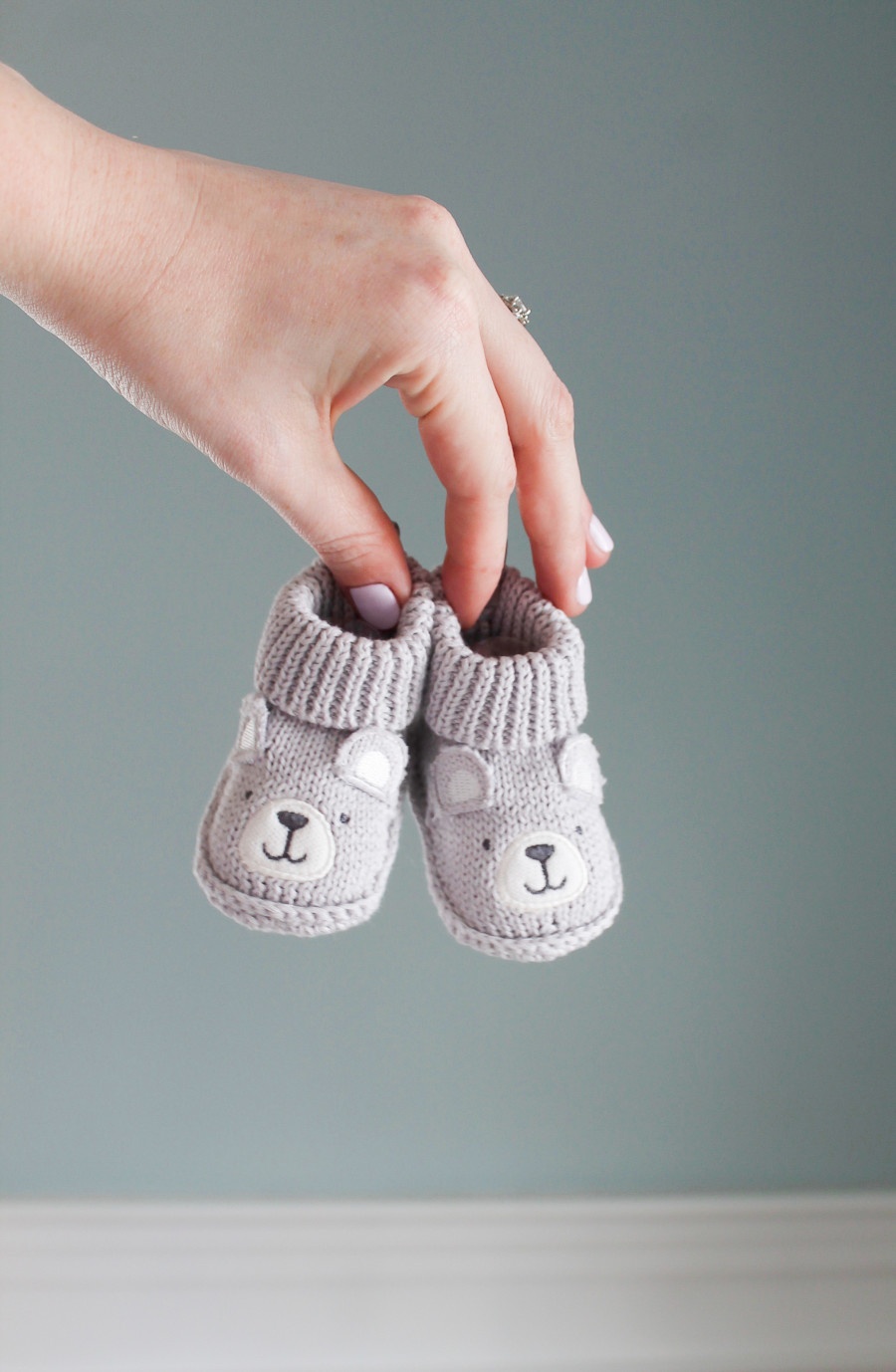 Don’t get me wrong, pregnancy is incredible, but early pregnancy (specifically the first trimester) … well, it sucks.

We found out pretty early on that we were expecting because I was tracking everything like a nut. When I saw the two lines appear, I actually had a moment that was reminiscent of getting engaged – everything kind of went black for a second haha! I had actually done the test and then went into my home office to work on something, completely forgetting about it until I walked back into the bathroom to put something away, saw the two lines, and had a minor freak out. I had a doctor’s appointment a couple of days later anyway, so they did a blood test to confirm!

One thing that surprised me about the first trimester was that my OBGYN didn’t see me until week 8. Apparently that’s normal, but knowing I was pregnant in week 5 and that I had to wait 3 weeks to see the doctor felt unbearable! I had expected that they would want to see me right away, but that wasn’t the case.

Morning sickness kicked in for me weeks 5-7, when it hit hard. Conveniently (just kidding), we were heading to Florida for the weekend right in week 6. Shout out to the JetBlue stewardess who got me a ginger ale and a plastic bag and was so, so kind! Traveling that weekend was hard already, but I got the stomach bug on top of it, so I was basically just a mess. But we got to tell my dad in person that he is going to be a grandfather, so that was the silver lining! 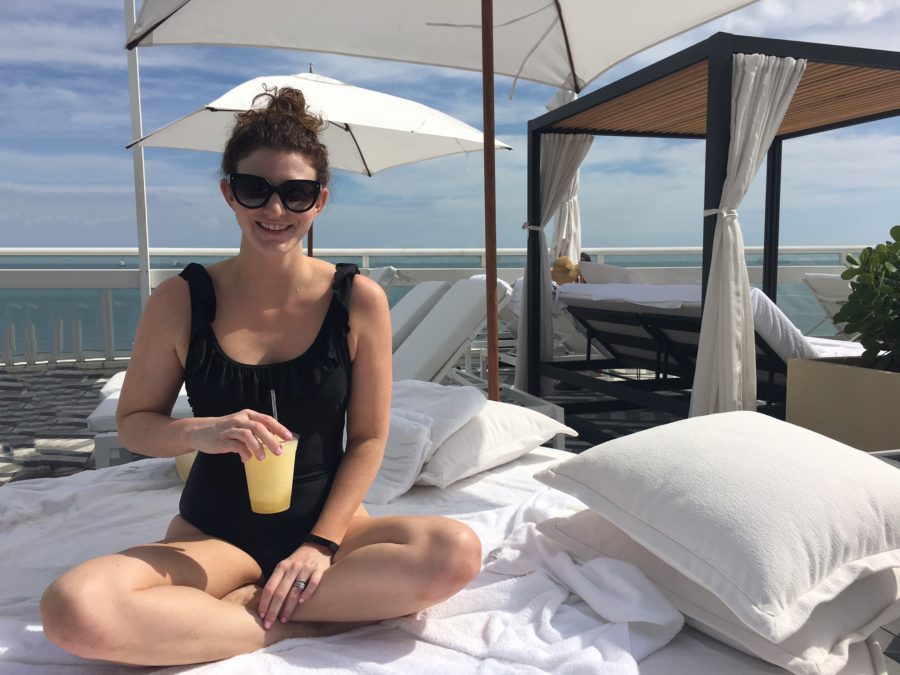 I seriously do not know how women make it weeks upon end with morning sickness… it’s just like being hungover except without any fun memories from the previous night, because you felt hungover then, too, until you fell asleep. I know everyone is different, but some things that worked for me during those tough days were:

…stopped real fast. haha but seriously… when you’re feeling super sick and tired on top of it, who the hell wants to work out?? I went to the gym a couple of times in those early weeks, but I soon learned that my body responded much better to long walks, short hikes, and not the typical gym workouts I was used to. My doctor okayed everything I was doing, so I felt comfortable letting go of the regimented gym work outs in exchange for nice walks and at-home workouts. I found an app called 7M Wellness that has quick workouts you can do from the comfort of home.

I looked up the statistical data for the “safe” point in pregnancy – meaning when it’s okay to tell people because the chance of miscarriage is low. And surprise, it’s not at the end of the first trimester as most people think! So here’s what I decided, and what I would suggest to any friend: Tell people when you want to tell people.

If you think you would want support from certain people in the early weeks of pregnancy, including if you were to lose the baby, tell those people. If you don’t feel like telling people yet, don’t.

If there’s one thing I have learned from my own experiences, it’s let a pregnant woman do what she wants to do. Within reason, obviously, but handing her a list of who she needs to call to tell them that she’s pregnant? Nope.

Up until week 15 I felt exhausted after doing anything, and it was rough to work during the day and then try to do anything at night – and by anything, I mean cook dinner, write a blog post, go for a walk… I kept having to remind myself that I’m growing a human. It’s okay to slow down.

I asked T to pick up some of the slack early so I didn’t feel so bad letting things go, and he has been an immense help! He’s been incredible and has picked up more than his fair share, but it lets me relax and get the rest that I need. Now I’m just scheming ways to move our laundry from the basement to the 2nd floor to make life a little easier for the future.

A wise man once said to me, “Be kind to yourself.” – exactly the advice I needed during my first trimester! 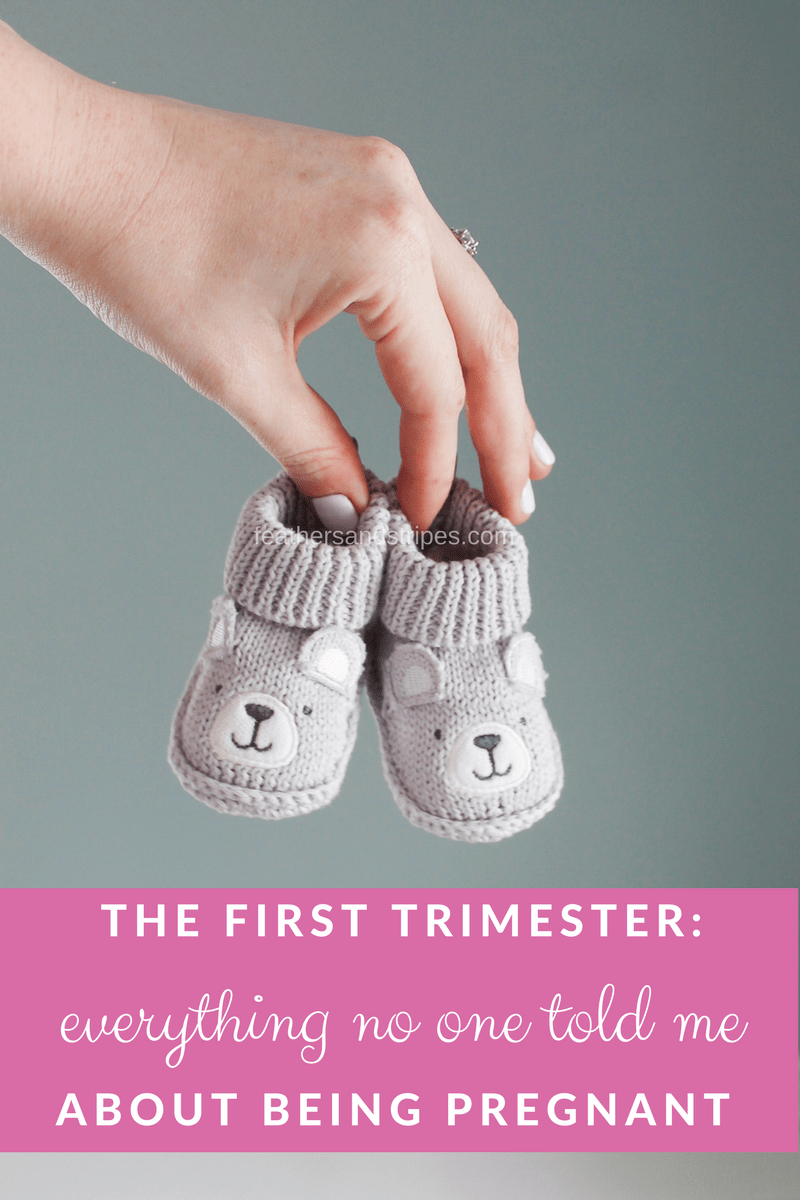