I won’t lie, 2012 was the last year I went Black Friday shopping (in person, early in the morning). Then I discovered how much I like sleeping in the day after Thanksgiving and online shopping. Along the way I learned some tricks (and things not to do) that I wanted to share for everyone who will be Black Friday shopping this year – and especially if you’re going for the first time!

The worst thing you can do is go into Black Friday shopping without a plan. By plan I mean know what you’re going to buy and stick to the list. You can find almost every store’s deals online on sites like blackfriday.com, which usually also lists what is available only for a limited time period on that day. If you like having paper instead, grab a copy of the newspaper on Thursday, which will definitely have inserts from all of the major stores highlighting the best deals.

#2 Stick to a budget

Going into Black Friday shopping without a budget is dangerous. Make a budget either by each person you’re shopping for or in total, and stick to it. Use the plan you made and stick to it (even though a lot of the deals can be tempting!) in order to stay within your budget.

If there are multiple things that you want at a particular store, bring a friend (or two!) with you so you can divide and conquer. That may mean sending one person to the electronics line while another grabs things from the toy aisle, or having one person stand in the (sure to be) massively long line while the other goes and does the actual shopping.

And word of advice: If you’re going to a major electronics store, don’t have a friend stand in the parking spot you want: She may end up getting love-tapped by someone’s car when they realize that they HAVE to have that spot.

One of my favorite Black Friday finds was a set of sheets that I got for 75% off. What’s the best Black Friday deal you’ve found? 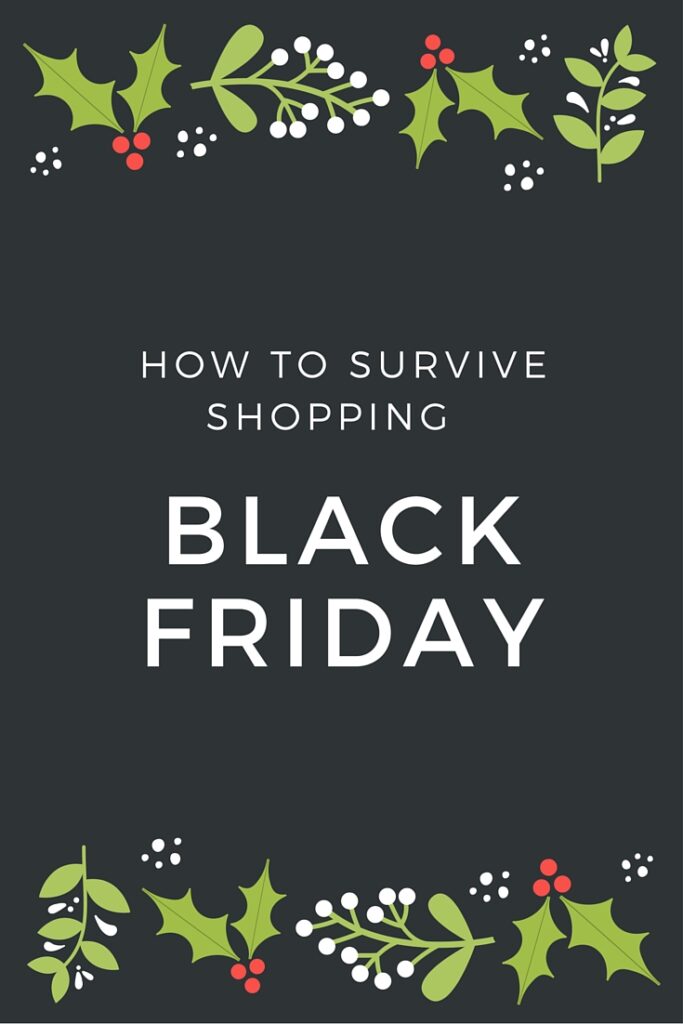 « What to Wear to Thanksgiving
Black Friday Sales »

What to Wear to Thanksgiving

Thanksgiving is one of my favorite holidays. There are few expectations, way too much food, and it kicks off a...