Four years ago today we headed to Logan Airport to pick up our new puppy. I was so excited (and nervous, too). Sprout was four months old when he flew to Boston from Houston. He was one of four puppies born to a momma dog who was picked up as a stray, and I knew he was the one when I saw a video of all of them (my boy was the one who picked up a huge stick and then tripped over it… determined but slightly clumsy, just like me!).

The most common question I get is what is Sprout’s breed. He was listed by the rescue as a Terrier/Coton de Tulear, but a DNA test done a couple of years later claimed that he was Jack Russell/Pomeranian on one side (which makes sense, based on his mom’s look and coloring) and on the other side, … Mastiff. As in 200 lbs of fur. Yeah, sure. I’ve heard a million guesses from people who one time saw a white fluffy dog that doesn’t shed, but all we know is that he’s basically the best dog ever. 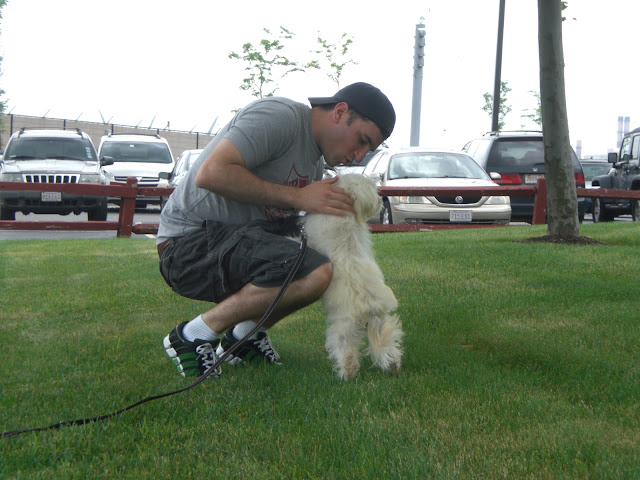 T and Sprout on Adoption Day – look at how tiny he was!

Though we went through some rough stuff in the beginning (Sprout had separation anxiety and it was really tough when we had to leave the house for work), things are far more settled now. Mr. Sprout actually kind of loves it when we leave for work, because he requires at least six naps a day, and he cannot get the right amount of rest if we are at home making noise. He will seriously come and sit in front of me like, “What is this racket?” if I’m on the phone or watching TV while he’s trying to snooze.

Sprout’s not interested in being super snuggly 24/7, but he’s there when you need him: I really think animals have a sense about when their people need some extra attention. When I realized how much of a calming presence Sprout really was after a tragic event in our family, I took him to therapy dog school. He passed with flying colors, obviously, and now lends a paw to others going through a hard time.

When I say that Sprout is a therapy dog, a lot of people wonder why I have a therapy dog. So… A therapy dog is considered a pet who has been trained, certified, and insured to work in an institutional setting, such as a hospital or school. Therapy dogs are generally volunteers and are registered with a handler (typically their owner) to provide support services to others. A service dog, on the other hand, is trained to perform tasks for the owner to help with a disability or psychiatric need. Service dogs are not considered pets under law. You can find more info here if you’re interested! 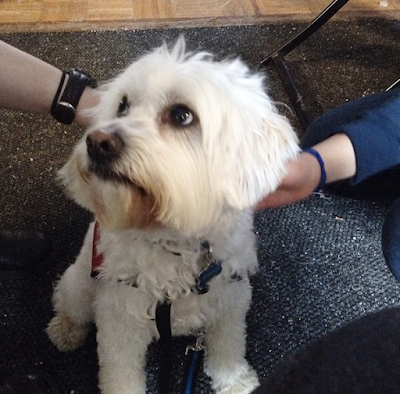 Sprout, working hard at one of his therapy events.

Sprout is basically our baby. He starred in our engagement photos… 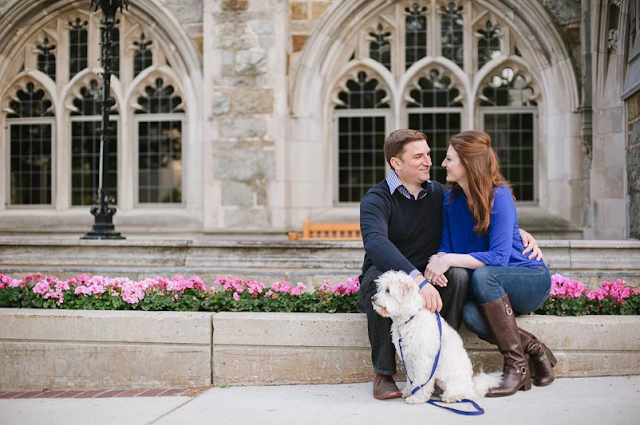 and on our wedding day. One of my must-haves for our wedding venue when we started looking was that it be pet-friendly. Sprout was there with us in the hotel, and he spent the entire morning with me while I was getting ready with my bridal party. 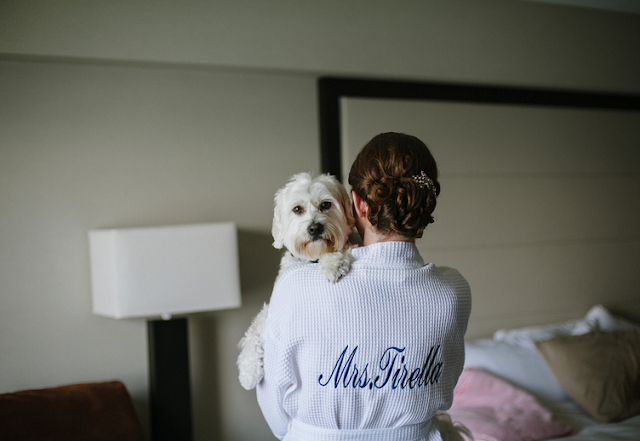 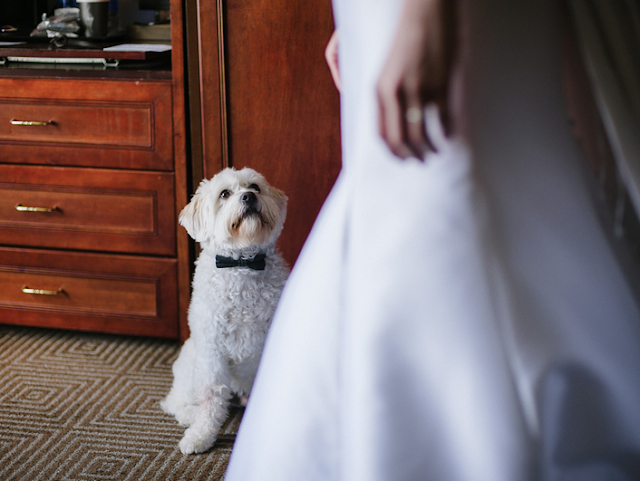 You know how they say to be the person your dog thinks you are? This little guy makes me a better person – it’s because of him that I’m volunteering time with his therapy dog organization and that I’m involved in animal rescue organizations. Whether he knows it or not, having him in my life has definitely made me a better person! 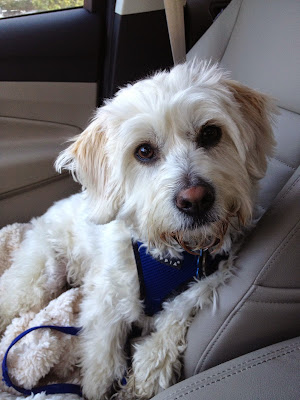 P.S. I highly recommend going to your local shelter or checking out Petfinder if you’re looking for a dog. There are so many animals who need a home, through no fault of their own.

Summer always seems to sneak up on me, which might be because Boston can be 80 degrees and humid one...