Over the past 6 weeks, I learned quite a few things:  I’m a big fan of taking on a big project when I have a million other things to do (actually, I knew that already); I do well at home redecorating when I have deadlines, like guests coming to stay in our guest room the same week the plaster is supposed to be done on the ceiling; and I can decorate on a budget!

Just to remind you with what we were dealing with before, here are some great shots of a room I hated (though I really wish I had before before shots, which would have included artwork and furniture from the previous owners – we just bought the guest room stuff from them because it was easier for us than buying another bedroom set at the time): 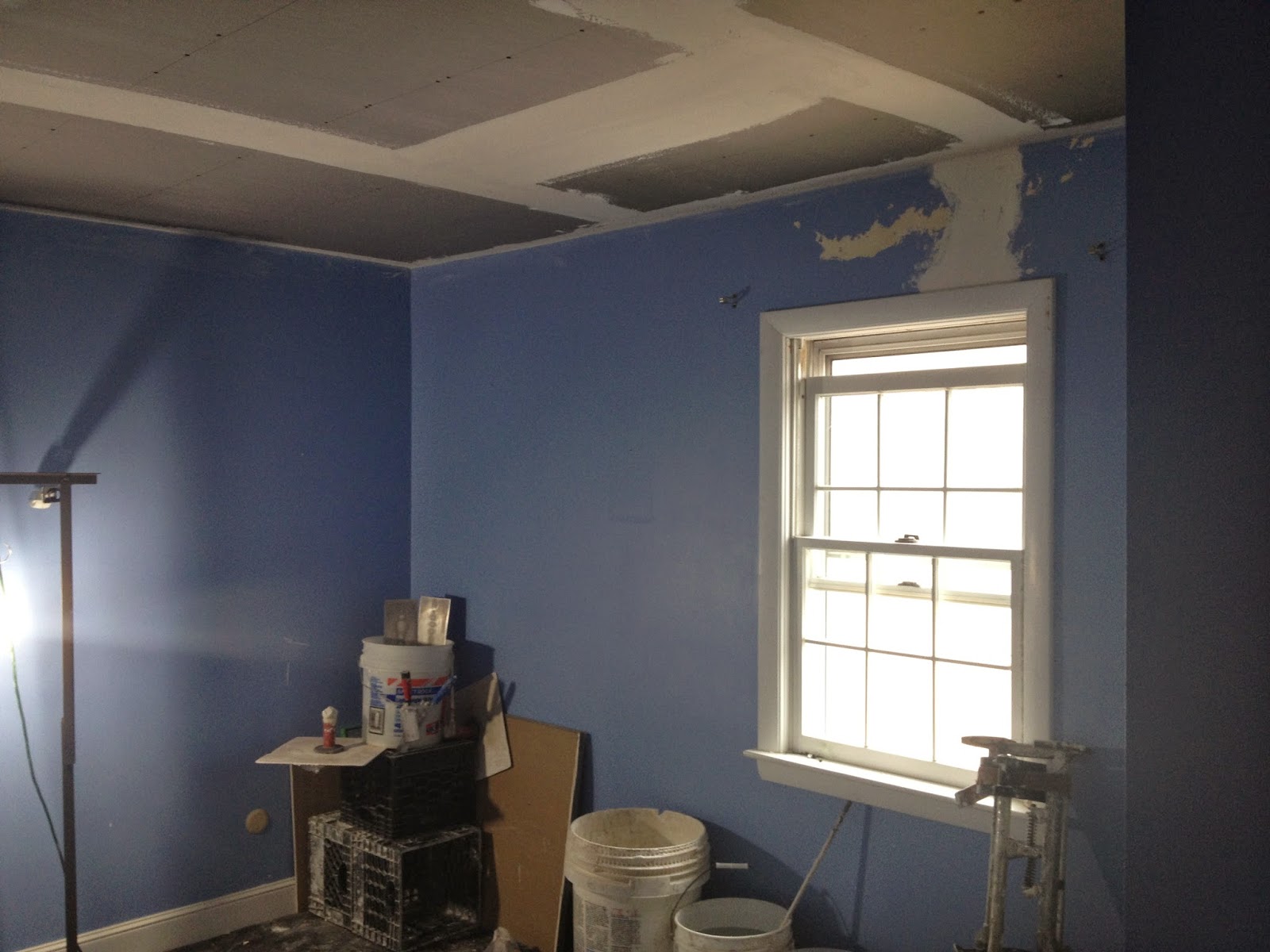 This was the worst color blue, because it just made everything so dark. 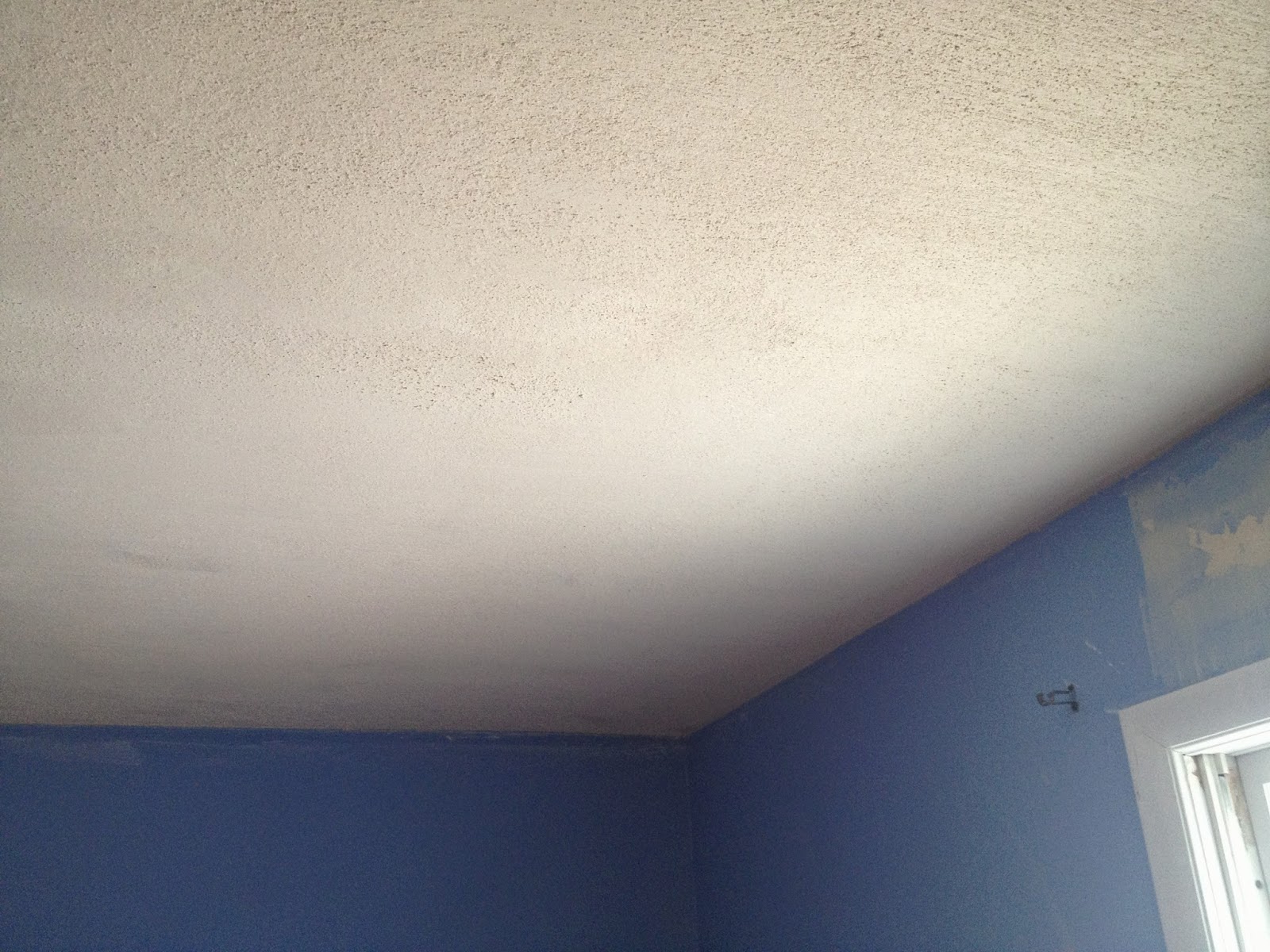 And as a reminder, the vision for the guest room – a serene space of neutrals: 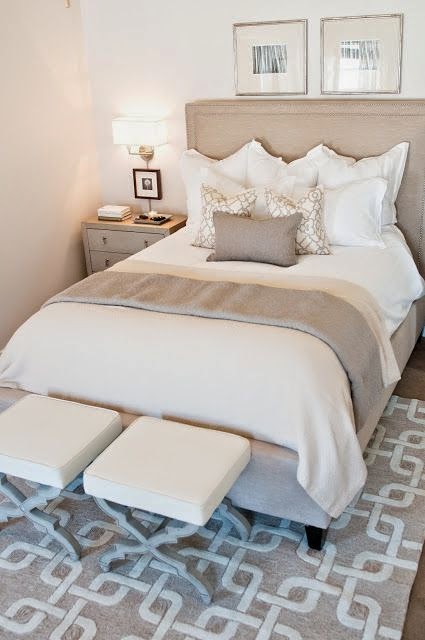 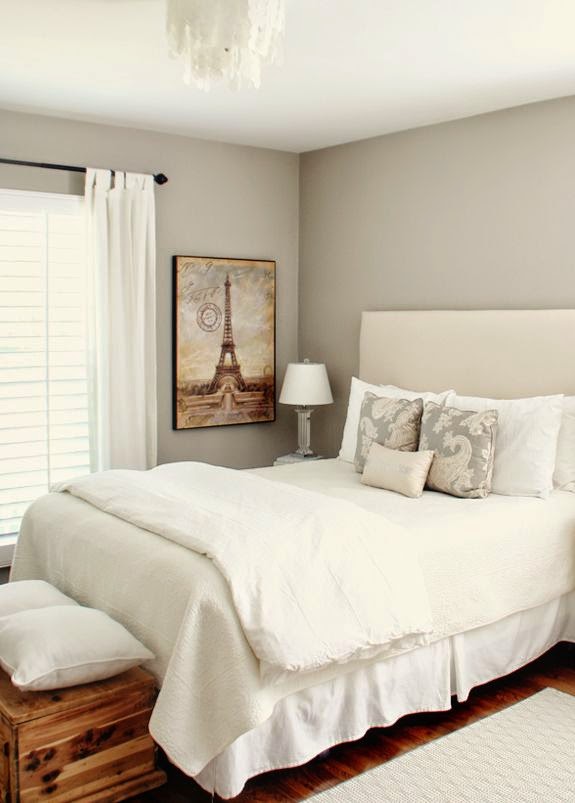 While we aren’t 100% there, I think the room looks pretty good – and my sister agreed upon her latest trip here. T jokes that we should let her decorate the room since she’s the only one who stays here often – but I vetoed lime green walls and Strawberry Shortcake posters 😉
Some of the major improvements include new curtain hardware and drapes… 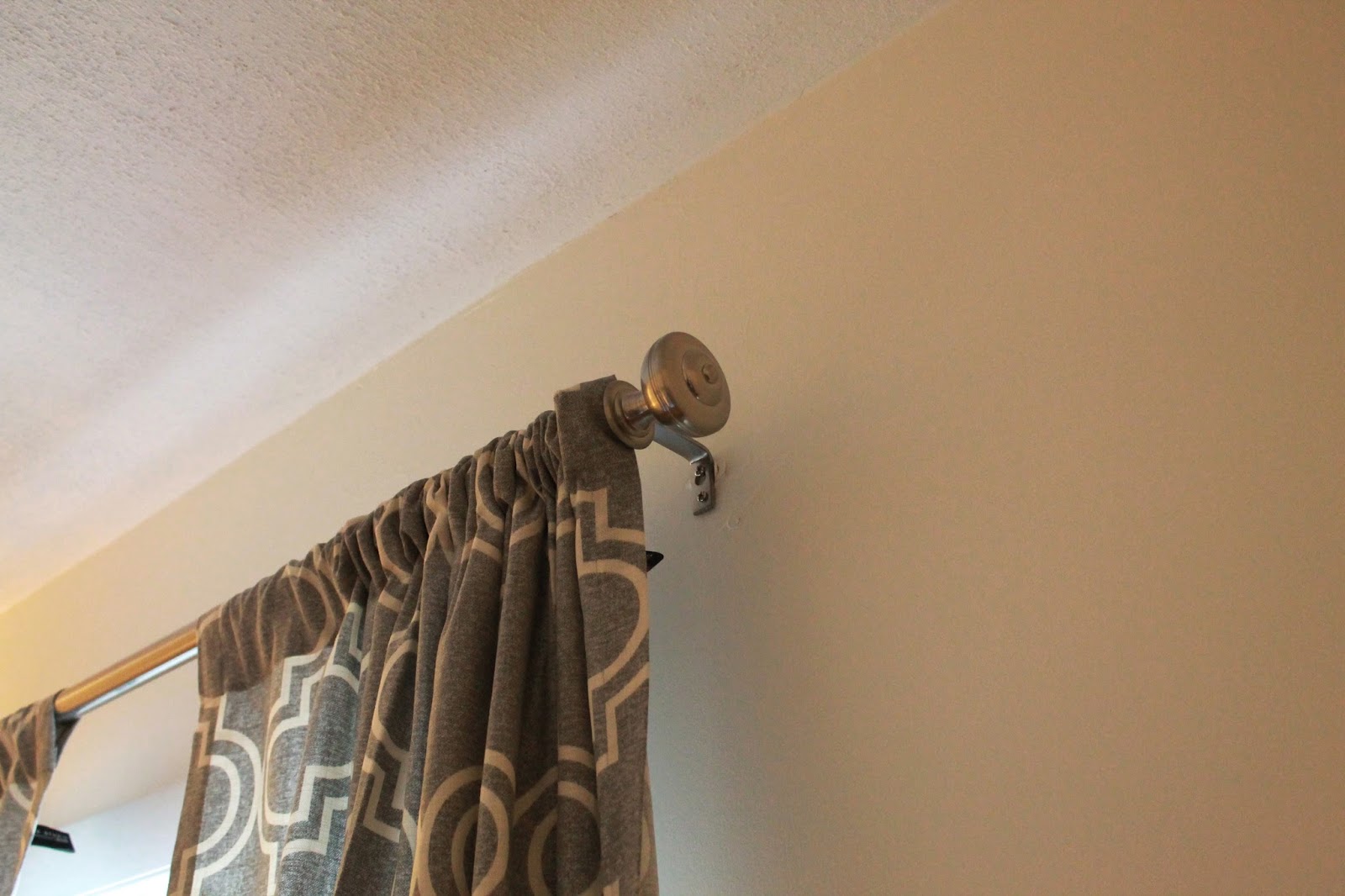 I’m in love with this lamp (it has a match that is currently in our downstairs sitting room but may make its way back upstairs). I bought a bunch of these silver frames, because we are going to put some of our favorite travel photos in the room – this one is from our trip to the Japanese Tea Garden in Portland, Oregon last Fall. And the striped basket is perfect for guest towels. 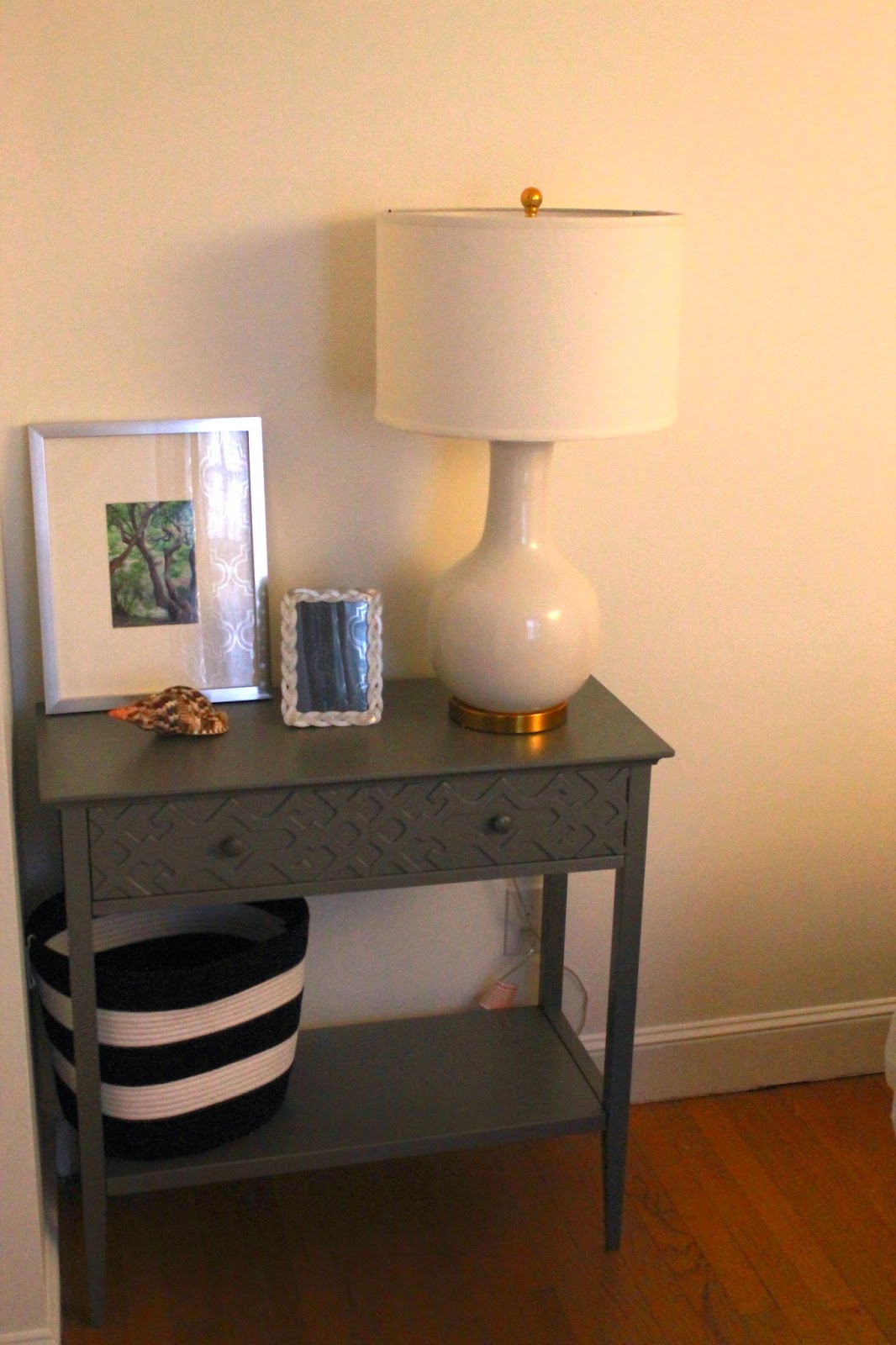 This table was a steal, but I do want to update its knobs – I’ve had my eye on these lion head pulls. 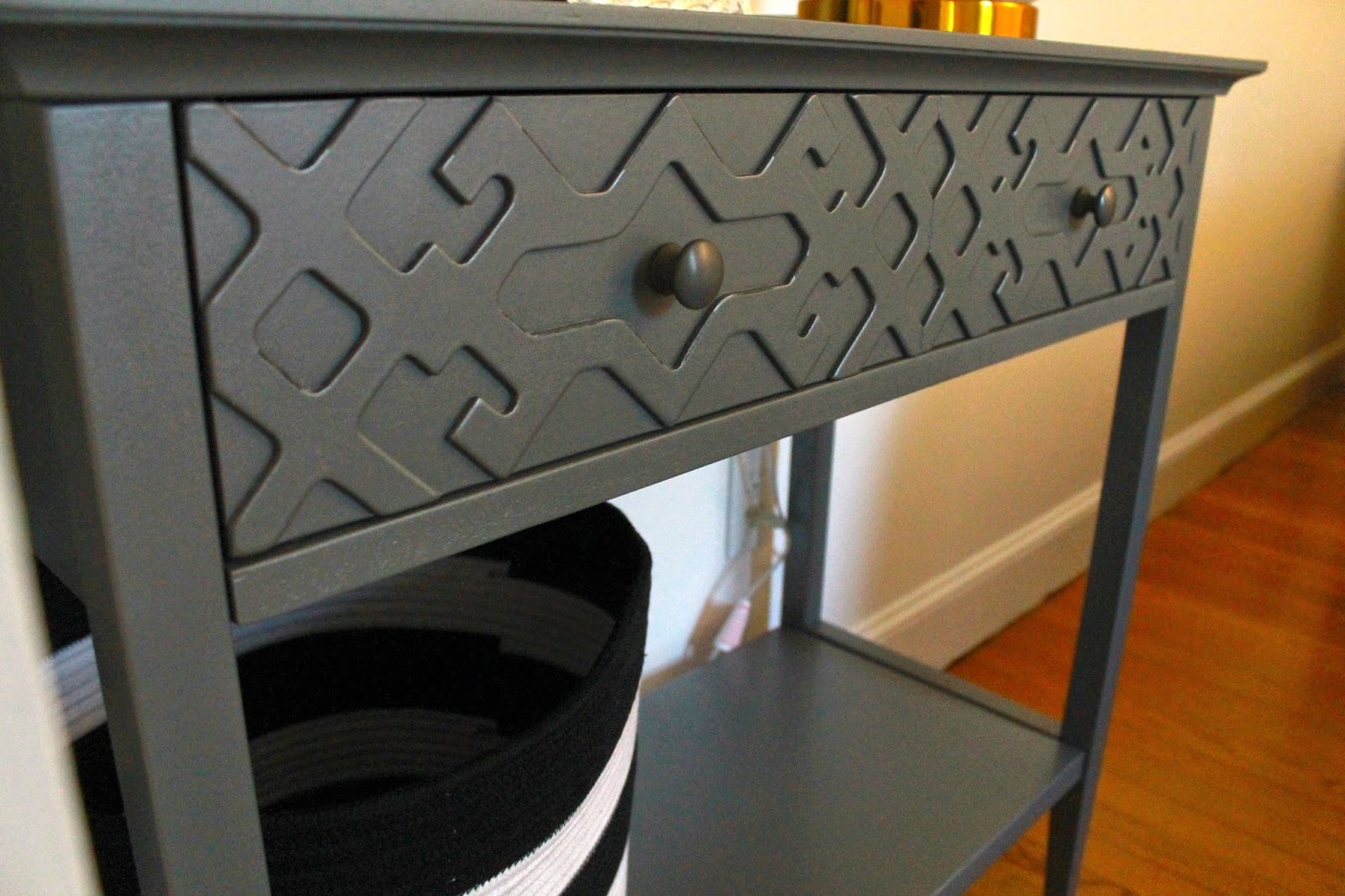 It’s not completely finished, but it’s way, way ahead of where it was! I’ll share a full shot of the room in a later post, because currently the duvet cover is wrinkled, and we just cannot have a photo of a wrinkled duvet, now can we?
Side table, striped basket (cute blue and white version), silver frames via Target
White and gold lamp (similar set)
Curtains via HomeGoods (really like this gray and white striped set, too!)
Curtain rod (also love this pineapple one!)
Thanks for following along with me!

« What Happens When You Get A Dog
Spring Cleaning »

What Happens When You Get A Dog

Things are bound to change once you bring a fuzzy-faced companion into your home, but they may change in ways...