Being published in a magazine was a dream of mine when I was in my pre-teens, which I had forgotten about until I recently found a list of life goals going way back to 2000 (um, how was that so long ago?) 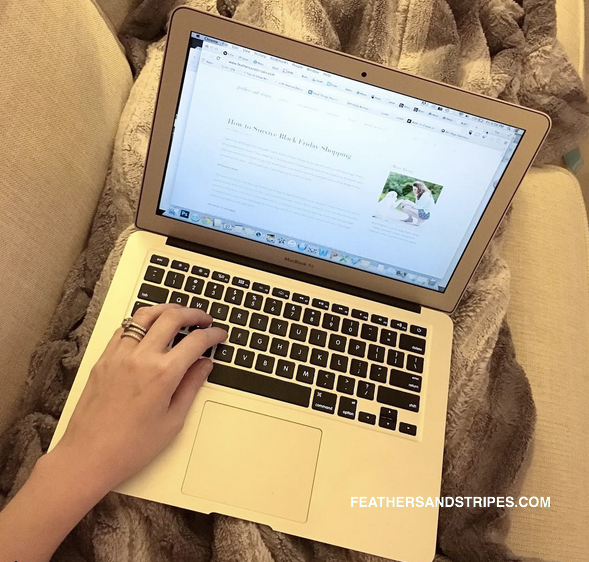 Over the summer I signed up to freelance write for Hearst (parent owner of a ton of awesome magazines, like Cosmopolitan, Woman’s Day, Good Housekeeping, etc.) and submitted a couple of articles. I didn’t expect my first two pieces to get picked up so quickly, but I was thrilled to see both of them appear on Cosmopolitan’s site! (You can find them here and here.)

Freelance writing is a funny thing: You put time and energy (and, in most cases, a lot of thought) into these pieces, and then there’s someone on the other end who gets to decide if your pieces get printed/posted or can click the decline button – and you can’t be there to defend your work. It’s different from blogging, obviously, in that I can write pretty much whatever I want here on feathersandstripes.com.

The other night while T was playing with a new toy (men…) and I was Pinteresting (yep, it’s a verb), I wrote a piece about how much I hate the Elf on the Shelf. I seriously think it’s the most annoying creation – yet obviously one that’s been quite profitable for whoever came up with the idea! The piece was picked up by both Woman’s Day and Good Housekeeping! I was so excited that they posted my piece – and slightly terrified that parents I know who have an elf will be annoyed with me. Regardless, it’s exciting to have an author profile on three different magazine sites!

What personal goals are you going after this year?

« On My Wishlist
Life Lately »

Every year I struggle with what to put on my wish list for Christmas, because I am terrible at waiting...