A couple of people have asked me about this via DM, so I thought I’d share the reasoning. No, you haven’t seen her face in a while (since just before her first birthday, to be exact). And yes, that is intentional. Most of the photos you’ve seen lately look a little something like this one from our trip to Sedona: 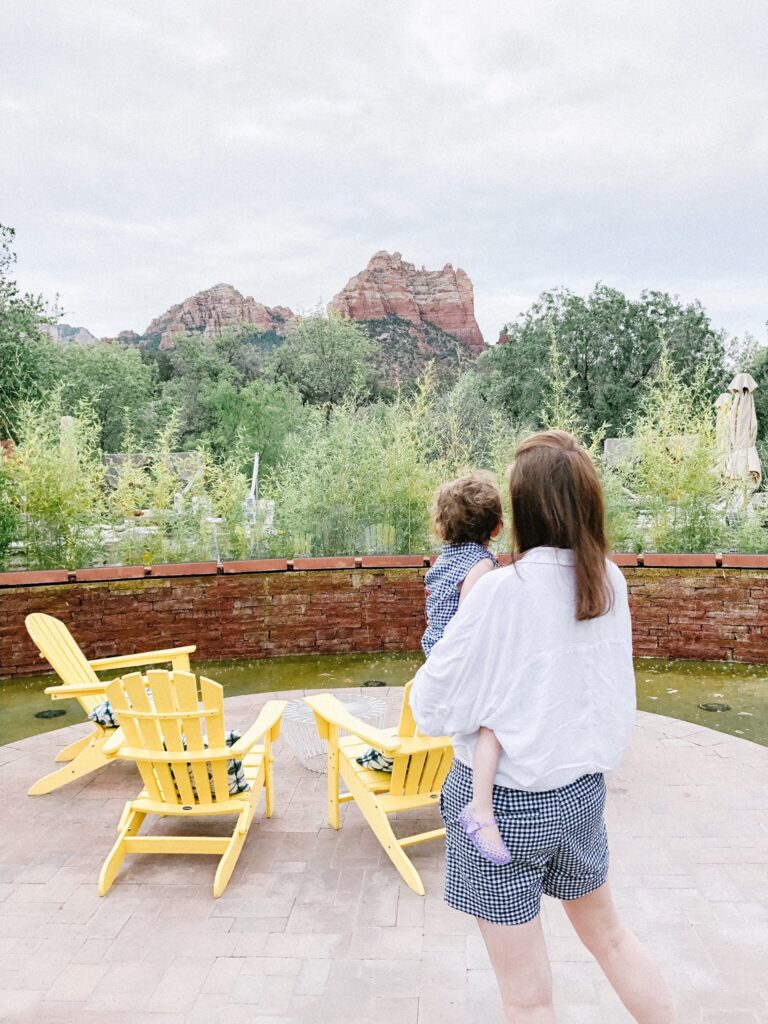 T and I had a serious conversation about this a while ago. We ultimately decided that we don’t want E’s photo plastered all over the internet. There are plenty of bloggers who put their kids front and center, but we have decided that it’s just not for our family. E isn’t at an age where she can understand and agree to having her image put out there for everyone to be able to find.

(Also, not to be judgy, but I see SO many pictures on Instagram that make me cringe. As a parent, I feel like it is 100% my job to protect my daughter, whether that’s from bullies at the playground or bath time photos on the internet.)

Or maybe it’s because I’ve seen wayyy too many episodes of that show “To Catch a Predator.”

Anyway, that’s why you haven’t seen E’s face in a while! I totally get that “everyone does it” in the blogging world, but it’s a personal decision and I thank you all for respecting the decision we have made!

I should note: It’s not that no one ever sees what she looks like. We have a shared photo album with family. We do allow our families to share photos on their Facebook pages and with their friends. Our only rule is this: If you wouldn’t share the same photo of yourself, don’t share it of our daughter. It does mean we’ve had to ask for a few photos to be removed from the internet along the way, but I truly believe it’s in E’s best interest!

I used to do a "round up" style of posts on Fridays, and I'm bringing it back today. Here are...